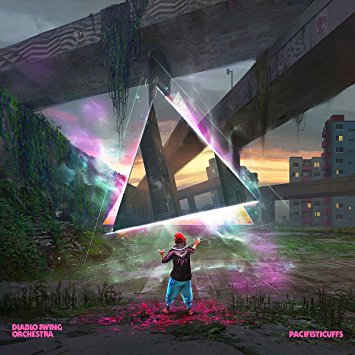 Diablo Swing Orchestra have been confounding expectations from their native land of Sweden since their inception in 2003. I’ll never forget the first time I listened to Sing-Along Songs for the Damned and Delirious (2009) and those operatic vocals came in. Not to mention, the music was literally swingin’! You’d think a band who publicly posts songwriting updates to social media such as “how about a song that mixes Meshuggah and Johnny Cash?” that the results would be inauthentic and disastrous, but against all odds, they manage to purposely set out to mix specific sounds while maintaining artistic integrity and writing good songs. I believe part of their songwriting success is that they often pull from genre’s a majority of their fan base are ignorant of, which is great, since it increases the perception of uniqueness. Truthfully, how many people in general can speak intelligently on Swing or string-based music?

Like many of their previous albums, a majority of the songs on this album can best be described as fun. However, the variety of instrumentation (trumpet, trombone, cello, keyboards) allows for greater emotional depth and expression, which they take advantage of on several songs here, as well as throughout their career. There are moments of real emotional power – “Lady Clandestine Chainbreakers’” pre-chorus reliably gives me chills, and the instrumentation during the intro is simply sublime.

Beyond these points, I don’t think you need to particularly be a fan of metal to greatly enjoy this release. Metal is but one of the band’s elements that the band incorporates. The overall emotional power of several songs and moments, the tendency to be fun, and just overall, sticking to being an enjoyable experience, overrides the heaviness the metal guitars add. Further, especially with this release as compared with previous albums, the new female vocalist, Kristin Evegård, does not sing with the operatic vocals that long-time vocalist AnnLouice Lögdlund did (who left the band to focus on her opera career, by the way!). This brings Diablo Swing Orchestra’s accessibility to a whole new level.

I mentioned confounding expectations in the first sentence, but you may find yourself being five songs in and telling yourself this is essentially DSO with a new singer. This is true to an extent. DSO have indeed managed to find a unique voice even while purposely mixing the sounds of other genre’s and bands. Miraculously, they flawlessly maintain their identity even with a new singer who does not ascribe to one of the major unique aspects of their previous music: the operatic vocals.

The first real surprise comes with “Jigsaw Hustle.” A song that wouldn’t have made sense with the previous vocalist. When a band loses a major part of their identity, the results can be unfortunate, to say the least. Fortunately, DSO has cast such a wide net with its influences and overall sound since The Butcher’s Ballroom (2006) that having a new female vocalist simply adds another piece to the puzzle without obfuscating the overall image.

This is not to say the album is an overwhelming success – there is an unpleasant surprise right from the get-go. “Knucklehugs (Arm Yourself With Love)” is one of my least favorite tracks in DSO’s discography. Unlike many of their tracks, I feel the Johnny Cash-ode is a bit obvious, and the band doesn’t really retain their identity on this track. I also lose interest at a couple moments throughout the album in the latter third of the album, which doesn’t occur for me on their previous releases. Perhaps the most obvious thing that will stand out for long term fans is that previous albums begin with an obvious homage to Swing music. This is essentially where they’ve historically placed their namesake in musical form, though they’ve typically only done one major reference to the genre per album. This time around, however, there are actually several more moments of Swing, with some moments that blur the lines more than their usual. The most Swingin’ song is probably “Karma Bonfire,” but I can see why it doesn’t lead off the album. It doesn’t quite have the catchiness or positive energy of “A Tap Dancer’s Dilemma” or “Voodoo Mon Amour,” nor the sense of atmosphere of “Balrog Boogie,” but it’s still a great late-in-the-album track.

In summary, there are several significant contributions to Diablo Swing Orchestra’s overall discography on this release and I’d wager many of these would be an absolute blast live. Additionally, replacing vocalists has done little to strip the band of their overall identity and this album is indeed a more-than-worthy addition to the band’s discography.

As a final note: Dear DSO, please perform in the USA sometime soon. Thank you.

As a final, final note: Pacifisticuffs is quite possibly the greatest combination of terms since Propagandhi.