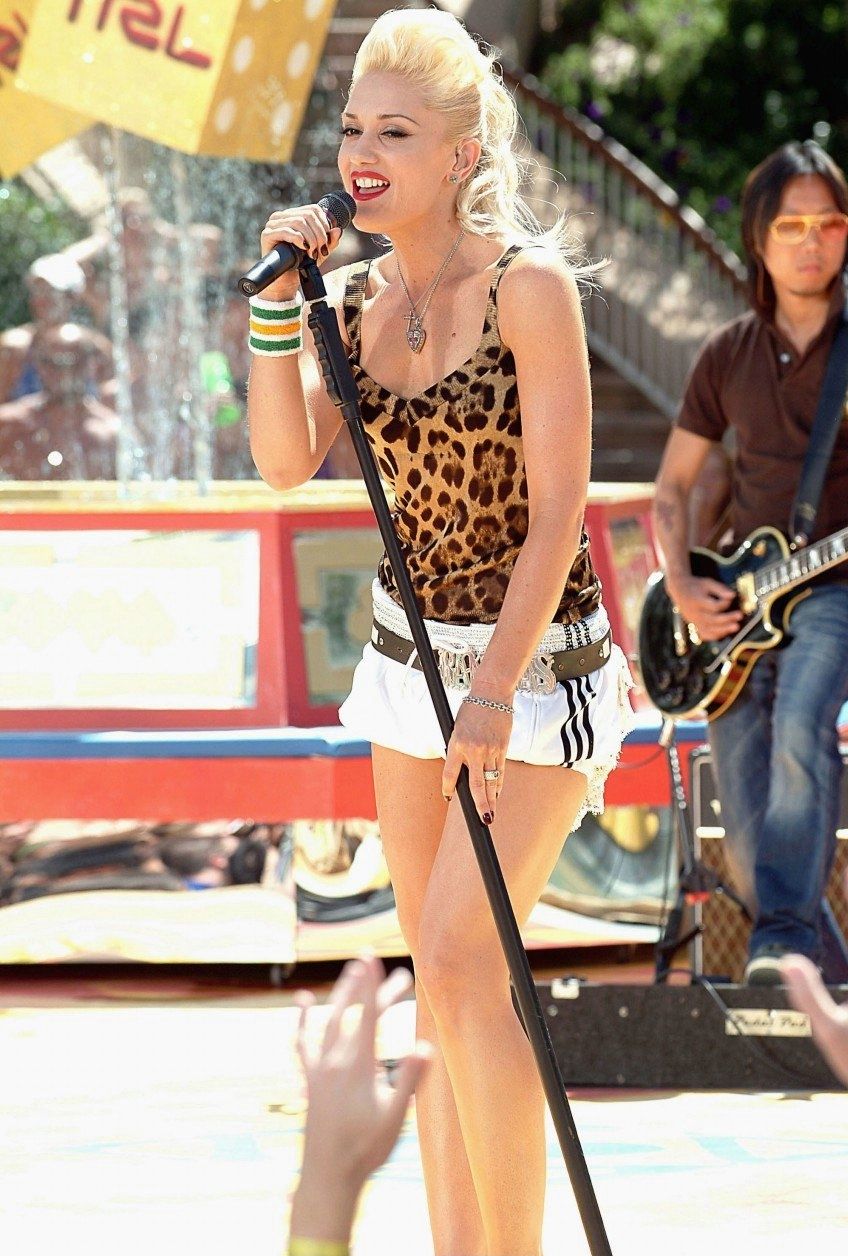 Gwen Stefani’s Love. Angel. Music. Baby. was an unexpectedly influential pop record, and is one of the 2000’s best.

Going solo is always a dubious proposition, especially if you’re from a rock band – you must do enough to set yourself apart from previous work, while hoping to have some level of success both commercially and critically to make it a worthwhile endeavor. Surprisingly, Stefani succeeds on all fronts here, creating music that is far more engaging and interesting than most of her main bands, No Doubt’s, work.

The album starts off with the infectious and energetic “What You Waiting For?” Quickly setting herself apart from her work in No Doubt, this song is only displays what winds up being the tip of the iceberg in terms of the variety and quality found on this record.

This is followed up by the Dr. Dre-produced “Rich Girl”, borrowing its chorus melody heavily from the 1964 musical Fiddler on the Roof. Borrowing ideas from musical’s was explored more extensively on Stefani’s vastly inferior follow-up album, 2006’s The Sweet Escape, but it does largely work here. It’s a catchy song. While Dr. Dre’s involvement here hints at further inclusion of hip-hop, this is still largely a pop song. It’s the third track, “Hollaback Girl” that really proved to be the influential track in the mainstream.

“Hollaback Girl” is produced by The Neptunes and as such, it has the distinct production style Pharrell Williams is known for. The thing that’s easy to take for granted in 2018, is that female pop artists incorporating hip-hop is incredibly prevalent. 14 years ago this wasn’t the case. “Hollaback Girl” was ground breaking. It may be borderline obnoxious, and it certainly isn’t one of the album’s best (even though it is bound to get in your head), but it is one of the most influential pop tracks of the 21st century.

Things slow down a bit, with “Cool”, a track about her then-current friendship with ex-lover (and No Doubt band mate) Tony Kanal, who also co-wrote a few songs on this album. She has written so many songs about their relationship it’s borderline obsessive. It’s all a bit strange to me, but who am I to judge?

The upbeat, André 3000-produced (credited to “Johnny Vulture”) “Bubble Pop Electric” is a welcome mixture of ’80’s pop and alternative hip-hop. This song features some well-chosen vocal harmonies and melodies. The concept and lyrics are a bit cheesy, but no one said this album had to be taken entirely seriously.

Musically, “Luxurious” is essentially The Isley Brothers’ 1983 single “Between the Sheets” with hip-hop production, probably best recognized as sampled in The Notorious B.I.G.’s “Big Poppa”, except with different vocal melodies. Considering the production style is all late-’90’s-early-’00’s hip-hop, it provides for a good sense of variety here, though I do find it an odd choice to make it sound so similar to one of the world’s best known rappers best known songs.

“Harajuku Girls” is an extraordinarily fun, J-pop inspired synthpop song; a track in which accusations of cultural appropriation were unjustly leveled at Stefani. Apparently if you love a culture aside from your own and say so, you are doing something unethical? Yeah… What this song really did was give Stefani’s tour some thematic content to run with. It is a pop record, so I won’t fault her for that. Beyond that, who can really fault Stefani for her love of an aspect of anyone’s culture?

“The Real Thing” is ostensibly an ’80’s-inspired pop ballad. I’m typically not one for skipping tracks, but I’ll admit that for years that I habitually skipped this track. It’s not really in my wheel house, and further, it’s even a bit boring, but that can justly be construed as tying in with my previous point re: not being in my wheel house.

Things pick back up with the very-’80’s synthpop of both “Serious” and “Danger Zone”, which tread upon early Madonna and/or Kylie Minogue territory, in an authentic yet engaging capacity.

The album ends out with the socially conscious “Long Way to Go”, the second and final track produced by André 3000, who was positively on fire production-wise in this era, considering the success of Outkast’s Speakerboxxx/The Love Below the year previous. In fact, this track is quite along those lines: a danceable, alternative hip-hop track, and a great way to finish out the album.

This album is a real winner overall. Unfortunately, hopes were rapidly dashed with the atrocious follow-up, The Sweet Escape, which tried way too hard, and too often, to recreate the success of “Hollaback Girl”. It did at least feature the excellent album title track/single “The Sweet Escape”. Then again, 10 years later, Stefani’s third solo album, 2016’s This Is What the Truth Feels Like, wound up being another exercise in mediocrity.

It’s nice to see a well-conceived solo side project, even more so, one that wound up being highly influential and becoming a major career focus. This was a clearly inspired release that helped give Stefani another several years of mainstream success.